Due to the new State of Iowa COVID-19 restrictions on group gatherings (20-person limit), the November and December General Meetings have been cancelled. We look forward to 2021!

This is the time of year when the approaching winter usually turns our attention away from our Corvettes and redirects our focus on the holidays. Let’s face it, there isn’t much Corvette business to conduct right now and when Iowa started showing the rapid surge in COVID-19 cases several weeks ago, it became apparent that we could do without a general meeting or two if need be. That made the Board’s decision to cancel the November and December meetings an easy one, as it helps protect the well-being of our membership. Unfortunately, that also means we won’t be having our annual Christmas Party in December. We do still have one last chance to get together and that of course is our Toys for Tots event. This year presents perhaps the most profound need we’ve ever seen for this type of charitable giving and I hope every one of us is able to dig a little deeper this year. Please do what you can and I’ll look forward to seeing you at Bob Brown’s for this event later this month on Saturday, the 21st.

Look to CCI’s website or find us on Facebook for more information on club activities as we move on to 2021. Hopefully CCI’s new Board can find opportunities to revisit many of the activities that were pushed aside during this most unusual year. As always, play it safe and stay well!

Once again, I hope this message finds you all well and safe. The Governor of Iowa just announced new guidelines for the size of gatherings, inside and out, and when we will be required to wear a mask. I’m a new resident of Waukee and our Mayor is requiring that we now have to wear a mask anytime we are in public within the city. However, there is some positive news about a vaccine that is most encouraging. Let’s hope that this development will give us a path to normalcy for 2021!

The NCCC executive board had a video meeting this past Saturday and I was invited to listen in since I will be joining the board in January as Parliamentarian for a two-year term. One item I think we all will find encouraging is that the NCCC national points program is being restored for 2021. That is only worthy, of course, if the event venue allows a group to gather and have a car show, autocross or other Corvette events. I believe our new Governor, Gary Foster and others will soon be discussing the West Region event calendar for 2021 so be looking for an update from Gary. Again, another encouraging sign for the New Year.

Since we will not be having a November or December meeting, I would like to wish you each a happy and healthy Thanksgiving, Christmas and New Year. I’ll look forward to seeing you all next year!

The October CCI Board meeting was held virtually via Zoom. President Dave Howard called the meeting to order @ 6:33PM. He had nothing to report and so proceeded to the other officer’s reports.

Secretary’s Report: Judi Nikolish said her minutes from the September Board meeting were distributed earlier in the week and asked if there were comments or corrections. There were none and her minutes were then motioned for approval as written by Gary Foster, seconded by Denny Luther and the motion passed.

Treasurer’s Report: Gary reported that he made several deposits for club member renewals and new club memberships. He also paid a few bills associated with the reimbursements to club members. Dave asked if any Board members had questions for Gary and there were none. Kris Howard motioned to approve Gary’s report, Judi
seconded and the motion passed.

Vice President’s Report: Kris updated the Board on the club’s most recent social event which was the cruise through Warren County during September. A cruise for late October is being planned for a drive up through Dolliver State Park near Fort Dodge. The TP Roundup is in two weeks (at the October general meeting), Toys for Tots is November 21st and a CCI Christmas dinner is in the initial planning stages.

Governor’s Report: Denny advised that a conference call was conducted with the NCCC Governors concerning the November NCCC Governors meeting in St. Louis. The responses as to a go or no-go were about 50/50 so NCCC’s President is contemplating whether to cancel that meeting. A second vote was taken in order to confirm that there will be a 2021 NCCC convention, details TBD.

Competition Director’s Report: Nichole Parnell had nothing to report. She requested to be dismissed as it was her birthday!

Member at Large Report: Steve Howard reminded us that our October general meeting will be conducted at the home of Paul & Sheila Wyman.

Points Director’s Report: Wayne Nikolish had no official report other than all the points earned have been posted.

Membership Director’s Report: Mike had nothing to report.

Old Business: the focus was again on the club’s website development. Discussions centered on pictures used and the culling out of pictures not related to club functions, various drop-downs, the club’s Google based calendar, events & activities, etc. Kris will be contacting Kathy from WinCommunications as to a few adjustments needing to be made. Kris was also going to verify the current Username & Password for the new website.

The next Board meeting is Tuesday, November 3rd.

A motion to adjourn was made by Kris, Denny seconded and the meeting adjourned @ 7:10PM.

The October general meeting was held at Paul & Sheila Wyman’s home and the meeting was called to order by President Dave Howard @ 6:55PM. There were no guests in attendance and Dave recognized Dan Norris as a new member. Welcome to CCI!!

Secretary’s Report: Judi Nikolish noted that the September general meeting minutes are published in Sportsmate and asked if anyone had comments or questions. No one spoke up and Tony DiMaio made a motion to approve Judi’s minutes as published. Ken Wilson seconded and the motion passed.

Treasurer’s Report: Gary Foster provided the club’s current financial information which can be found in the Member’s Only section of our website. There was some income from new members joining, expenditures on items such as the new website, reimbursements to club members, etc. A motion to approve the Gary’s report was put forth by Jeff Jackson, seconded by Cheryl Weidmann and the motion passed.

Vice-President’s Report: Kris Howard was absent but she asked Dave to advise us that the cruise to Fort Dodge on October 25th was in jeopardy due to the weather forecast. Dave also stated that Kris wanted our members to know about the planned Christmas Party to be held at the Bob Brown PreOwned business location at 4224 Merle Hay Road.

Governor’s Report: Denny Luther advised our group that the quarterly NCCC Governors meeting remains canceled. He mentioned that the 2022 NCCC convention is being scheduled in Atlantic City, New Jersey.

Competition Director’s Report: Nichole Parnell had nothing to report for this meeting.

Editor’s Report: Dave had no report.

Points Director’s Report: Wayne Nikolish stated that all the points have been entered.

Membership Director’s Report: Mike Golightly stated that our club has some 121 members and 4 new members just recently joined for a total of 125 members. He also asked if guests could attend the Christmas party and after some discussion, it was decided that would be OK.

Social Media Director’s Report: Pat Whalen was absent and there was no report.

Member at Large Report: Steve Howard was also absent. There was no report and no 50/50 drawing.

Old Business: Gary started discussion on the website… some additional refinements were needed, being communicated and implemented. Should be 100% by close of October to midNovember, 2020 and ready for all club members to review & enjoy. A huge THANK YOU goes to Paul Wyman for his many years of running our TP Roundup which greatly assists our Veterans returning to living on their own again. This year was another great success! Also noted was Toys for Tots, set for November 21st.

New Business: Cheryl Weidmann spoke briefly about Adopt-AStar and passed around her signup sheet for this Christmas.

Buy & Sell: Dave Howard has some butternut squash available at his home for the taking. Ken knows a guy that performs very good ceramic coating for cars.

Ken Wilson made a motion to adjourn, Paul seconded and the meeting adjourned @ 7:35PM.

Due to the recent spike in positive COVID-19 tests and hospitalizations, CCI’s November general meeting has been canceled.

New Members.
Look to this space for the most recent additions to the CCI family. This month we have no new members to report.

Condolences.
Please keep these members in mind as they cope with the loss of a loved one. Our condolences go out to Darren Brown and family on the recent loss of
Darren’s mother.

CCI Apparel.
CCI apparel is available from Kris & Steve Howard’s KSH Design Studio. Choose from long sleeve t-shirts, sweatshirts and hoodies. If you’re new to CCI or just want to sport some of the latest designs, you can print the order form on Page 9 or use this link to the form:

Custom embroidery services are now available from KSH also! Check with Kris or Steve if you want a piece of CCI apparel embroidered

Here’s a wrap-up of recently held events along with a description of events on the horizon:

October Meeting.
Another general meeting was hosted by club members and this time around it was Paul & Sheila Wyman who offered their home and ample garage space for us to use. We are most grateful for the opportunity they gave us! Here are a few photos from that evening 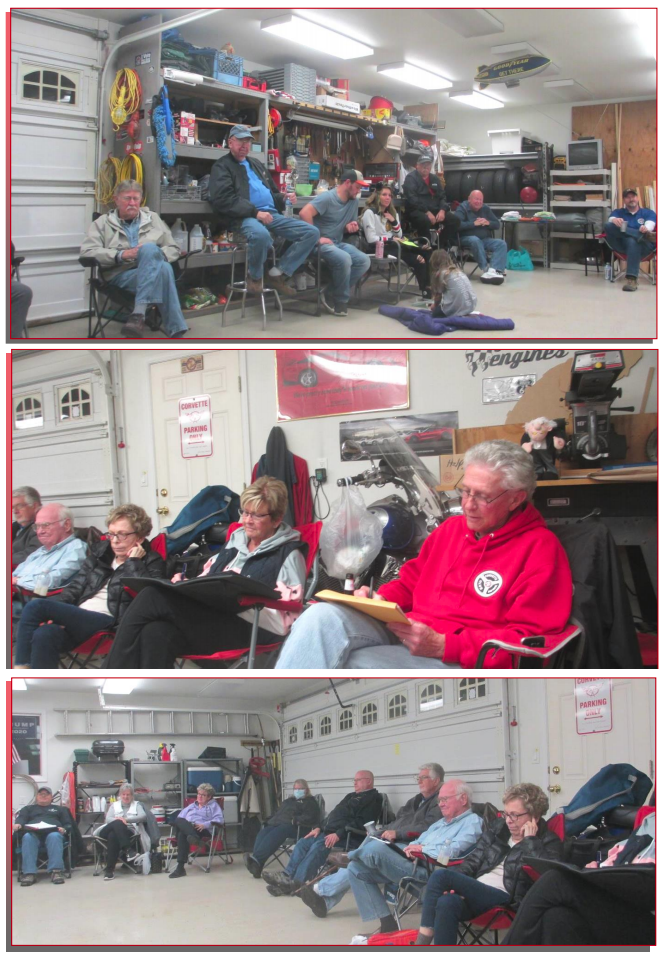 TP Roundup. CCI’s annual event took place along with the October general meeting at the Wyman residence. Below are the items donated:

Many thanks to Paul Wyman for coordinating this effort to help out our Vets!

Best of Iowa Cruise. The cruise to Webster County that was scheduled for October 25th was canceled due to inclement weather. Because this was a fall color event, we’ll have to plan on trying this next fall.

Toys for Tots Cruise. CCI’s annual toy drive event is coming up on November 21st but please note that this year there are a few changes to our customary routine. We will still present our donations at Bob Brown Chevrolet but masks will be required inside the dealership where we’ll browse a bit before presenting our donations. Remember that Bob Brown’s will match all cash contributions which doubles our impact. A group photo will be taken as usual. Lunch will follow but this year we’re going to the food court at Merle Hay Mall where social distancing is easier to manage. Click here for FLYER >

FOR SALE:
1969 Corvette. My ’69 Stingray convertible is black on black with white top, 350/300hp motor and automatic transmission. Original top, interior, and most other. I believe it’s original motor, but for sure a Vette motor. I have owned this car for 30 years and only put 6k miles on it. It has around 60k miles total. Besides what I
have done myself, work has always been done at WestSide Auto Pros. Asking $22k. Contact Kirk Jorgensen at jorgensen. kirk@yahoo.com.

Contact the Editor today at
zzshark74@msn.com
to place your ad 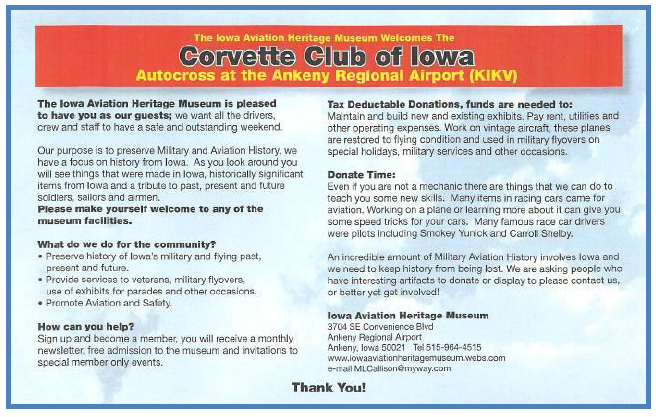 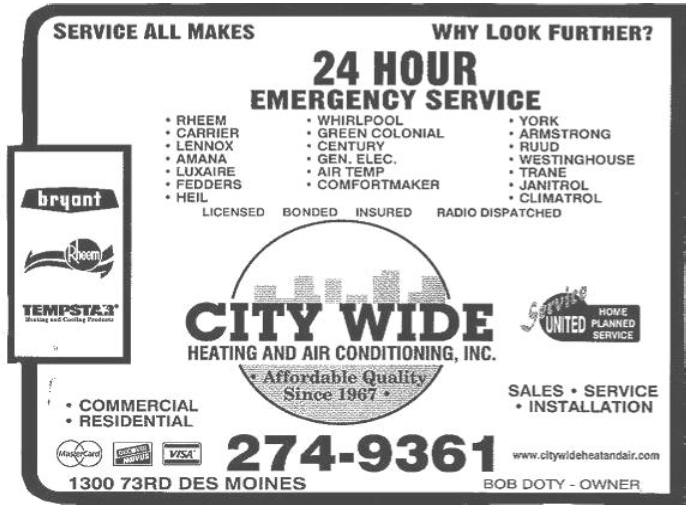 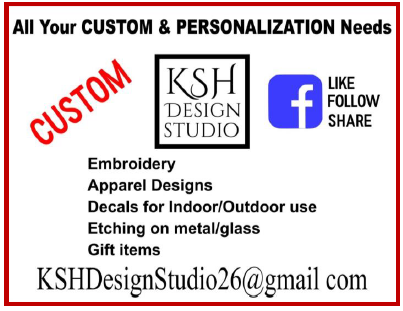 Thanks to our Sponsors: